Across the plain of ethereal, interesting music there are but a few names that truly stand out, and even fewer that exist apart as creators and initiators of the unclassifiable strains of music that throw all manner of kinks and wrenches in the machines of art-industry. 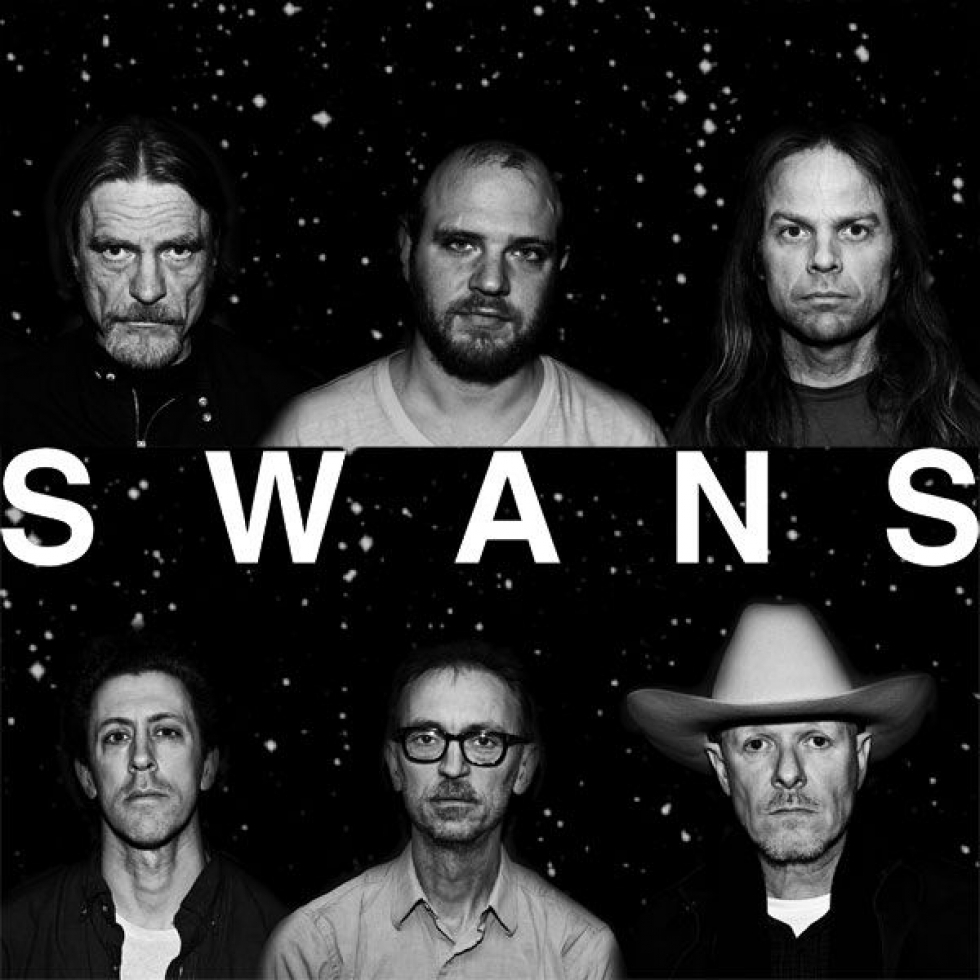 Swans is among the foremost.

Indeed, it could be said that Swans is THE foremost. With their origins in underground, independent music from the early ‘80s and an incomprable legacy of violent, powerful music they have been contemporaries of such artists as Henry Rollins, Black Flag, Fugazi, and Sonic Youth. Their fifteen year career ended in 1997 but was rebooted by frontman Michael Gira in 2010, releasing three albums, adding legitimate material to their already unmatchable discography.

“To Be Kind” is the culmination of the entity of Swans in the present, a release over two hours in length and spanning two Compact Discs or three vinyls. It is an offering dealing much in explosions and raw power, with so much of its sonic intensity belonging to the spaces in the music where a single note or instrumental factor rings out amidst the structure of the song.

The interplay here is truly excellent, and Gira’s direction is poignantly perceived in its full launch from the title track, “Screen Shot,” a rolling, slapstick number exemplifying the violent, commanding repetition the band is known for. This bleeds into “Just a Little Boy (for Chester Burnett)” with a sliding immediacy, as the ambling bulk of the first becomes screaming mania in the second.

“A Little God in My Hands” is a wonderfully dark winding of musical tenacity. Its fight is explicated and understood in the thirty minute diatribe of musical ditch-digging that is “Bring the Sun”/”Toussaint L’Ouverture,” a work much more of an art piece with non-visual elements, a performance piece missing only white walls and blind dancers. The first disc is end-capped by the searing distorted treble and declarative action-existence statements of “Some Things We Do,” a pertinent segway into the second act.

“She Loves Us” is really just a damn great song. It’s an unavoidable outcome of listening to it that one becomes entranced, transfixed, moving. It’s a dancing, spurious punch, and twisting fist to a tribal face. The fact that it’s 17 minutes long just makes the joy this song brings more complete.

“Kirsten Supine” is the foil, the artistic breakdown. The windup for the album as a whole is slowed to a meditative composite here, though it provides more of a transition to the others it still seems to power through the space between the former and “Oxygen” to make for an incredibly worthwhile pausing. “Oxygen” is then revealed to be something born out of impatience, out of need, and, thus, made for fulfillment. It certainly accomplishes that, with its frenetic seed-spreading part of the album’s culmination to be understood through the lens the remaining minutes provide.

“Nathalie Neal” is a continued preparation. While different from its predecessor and standing alone from the rest of the album as a legitimate song, it is the screaming make-ready for the title track, the lead up to the power throughout the follow up.

“To Be Kind” is the cherry, the finish-lover, the apex. Its power has been tasted in parts of every song, but is now shot out of the cage, let out into the wild of the mind.
It treats you like a child, ushering you in with strings and whimsical propositions of candy-color-coated otherness, and then it drops the sensory pleasure for a work of seduction much akin to Clive Barker’s Pinhead and the rest of the Cenobites’ forcible, smoothe synaptic playing.

This album is incredible. If you haven’t figured that out already just observe this clip of “To Be Kind” live at Primavera Sound Festival and be blown away.

Top tracks: All of them.
If I must choose, it is according to favoritism:
“Screen Shot”
“She Loves Us”
“Oxygen”
“To Be Kind”

“To Be Kind” is available on the Young God Bandcamp or wherever music is sold.

Fall Is Here For New Music